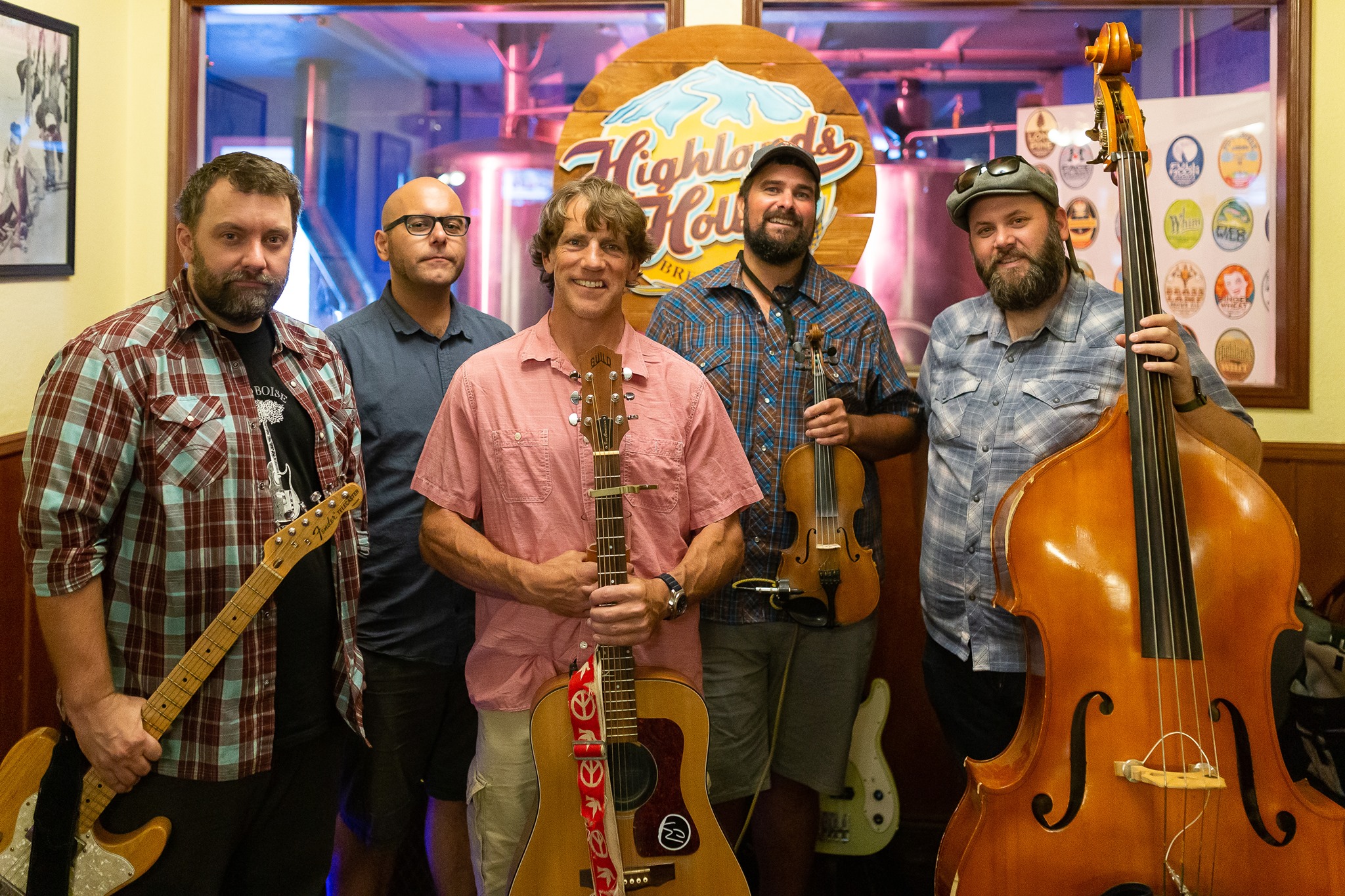 Deviant Kin is a not-so-traditional string band, though an accordion makes it into the mix sometimes....careening between Americana and bluegrass, and bouncing off Cajun, Latin, and Celtic adventures along the way, this group of seasoned musicians has bypassed boy band status entirely, and perform proudly as a man-band. Influenced by southern rock and Irish ballads, Appalachia and world music, you never quite know where the evening will lead.

The Kin are Garret Finley on thumping on his cajon and singing his beautiful harmonies, Micah Deffries shredding the Tele, the big bearded twin bear cubs, Fiddlin' Tony Lemmon and Ryan Blizzard on that sweet old Fender bass, and Steve Baker on guitar, banjo, accordion, vocals, and bad jokes. Veterans of Treefort, Alive after Five, and many a venue and backyard in Boise, DK's down to play!