Music is the trunk of Treefort. We get our biggest thrills from welcoming spellbinding well-known and independent emerging artists from all over the globe. Since the festival’s inception, Boise has played host to thousands of bands traveling from within the Treasure Valley or as far as Western Europe, the Middle East and Australia. Just like the uniqueness of every tree, each Treefort Music Fest features a wide variety of musicians and bands – every Treefort moment has its own soundtrack.

TREEFORT IS FOR EVERYONE
Everyone is welcome at Treefort Music Fest.
Treefort is a welcoming festival. Boise is a welcoming city. We value the diversity of our team, the City of Boise, the entire Treefort community, and our nation – each should be a welcome place to all.
Humanity is far greater than the sum of its parts.
Please stand with us in our continued efforts to keep Treefort a welcoming place for all humans (and music loving monsters). View our Code of Conduct here.

COMMUNITY
With the introduction of free-form non-commercial community radio station Radio Boise KRBX 89.9 FM to the FM airwaves in April of 2011, emerging artists are getting more airplay all over this large population center for the first time in decades, if not ever. Many of us are already active in the Radio Boise family as volunteers, fans and supporters and completely acknowledge the station’s role in the increased synergy here in Boise, not only in the music scene, but in the arts and culture scene at large.

We see Treefort as a celebration what makes Boise great – whether it’s Boise’s local breweries, homegrown food, skatepark, lively downtown core or simply its strong spirit of collaboration and love of the outdoors. Boise has something for everyone, no matter their age, and we hope that Treefort is an example of that.

HISTORY
Back in 2011 in Boise, Idaho we were slowly trying to climb our economy out of the recession, rumors of a rat-snake hybrid that manifested in the Boise Hole was circulating our city, Childish Gambino played a Twitter-only announced show at Chandlers to about 50 showgoers, people were living out of tents at the County Courthouse as part of the Occupy Boise Movement, the Red Room existed, Boise State joined the Mountain West Conference, we were brunching at La Vie En Rose downtown, Radio Boise just began transmitting on the airwaves…..and the seeds of a music festival were being planted among a small group of people (Lori Shandro Outen, Drew Lorona, Eric Gilbert and Megan Stoll) who met over coffees, lunches or in Lori’s own home.

The ideation of Treefort Music Fest was planted in September 2011 and as the initial groundwork started budding, the co-founders brought on seven key members of the Boise community who became the roots of Treefort and known as the Founding Team (John Betts, Stephanie Coyle, Matt Dalley, Jeni Rose Larsen, James Lloyd, Phil Merrell and Lisa Simpson).

It started off as a one day festival which quickly turned into three and by the time the inaugural event came around in March 2012, it was technically four days long. Now, as we are nearing another rendition of the festival, we still hold each of the founding members near and dear — they will forever be a part of the Treefort Family no matter where their own individual lives take them.

CULTURAL AMBASSADOR
In 2015, Treefort was named the City of Boise’s Cultural Ambassador for being an event that genuinely reflects the energy across mediums that is happening in the Boise community and cultural scene, and for the vision of connecting Boise and its creatives with other communities around the region, the country and around the world. The Cultural Ambassador title ran through 2017 and the City of Boise continues to support and encourage Treefort to this day.

EXPLORE
Jumping around venue to venue discovering new bands and activities keeps our short attention spans in check. From sun-up to sun-down, every day is a top-notch experience, whether you’re sipping on a rare wine-barrel-aged brew at Alefort, discussing politics with a band on the Neurolux patio, running to catch a last minute set at a nearby house show, getting awed by the magnitude of Band Dialogue or channeling your inner geek at Hackfort, Treefort has something for everyone.  For little ones – and not so little ones, there’s loads to discover and enjoy to create happy memories to last a lifetime. After all, Treefort transforms Downtown Boise into a playground by building a huge Main Stage surrounded by existing and alternative venues – get out and explore!

B-CORP
We have often stated that we are a “for profit entity ran like a non-profit” because we have always been a values-based project, driven by a purpose much more than the lure of profit. In the summer of 2014, we were presented with a legal option for which we could best represent who we are as a festival, as community members and as a business — the Treefort Leadership Team officially formed Treefort, LLC and began seeking B-Corp certification to lock in and protect the legacy principles the festival was founded upon. Treefort became the first certified B-Corp music festival in 2015. 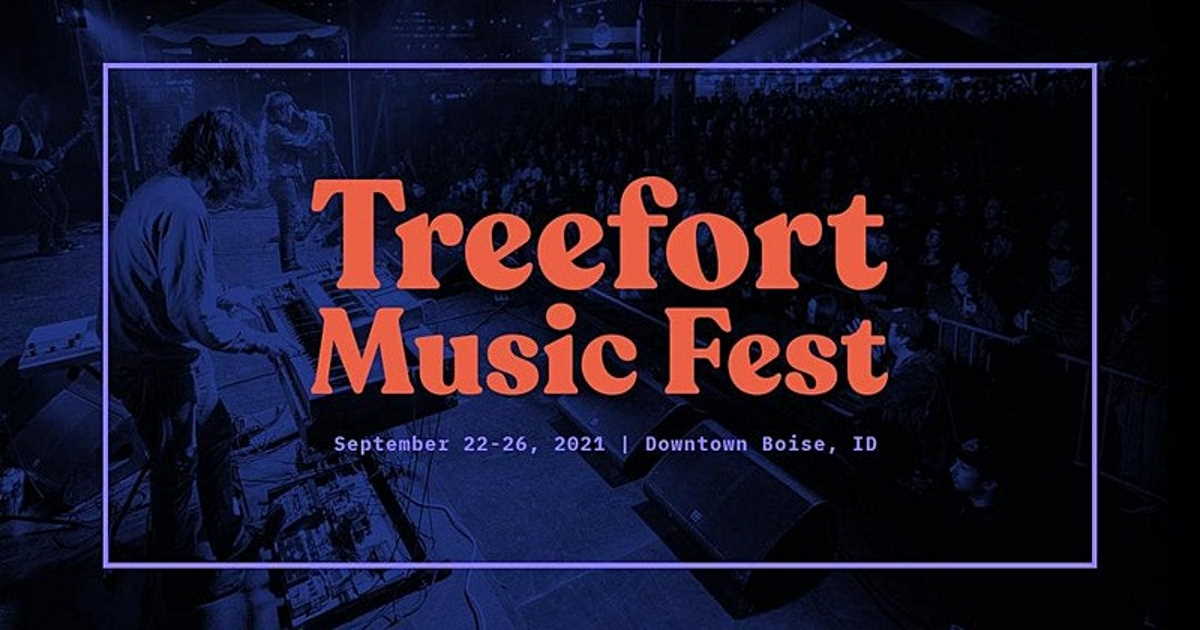