In the early morning of January 29th 1863, at the Northwestern Shoshone winter village Boa Ogoi by the Utah-Idaho boundary line, Colonel Patrick Edward Connor led the 3rd Regiment California Volunteer Infantry to massacre more than 400 Shoshone men, women, and children. The Bear River Massacre, as it is known today, became the largest massacre of Native Americans in the West.

According to the retelling of this moment in history by Darren Parry, former Chairman of the Northwestern Band of the Shoshone Nation and driving force behind the Boa Ogoi Cultural Interpretive Center, this tragedy gave way to an opportunity for rebirth. In his book, The Bear River Massacre: A Shoshone History, Parry clearly details the realities and ramifications of the massacre with a message of hope. He speaks to the resilience of his people, the strength of his culture, and the adaptation required for cultural endurance.

During this special History Happy Hour, listen in as Darren Parry speaks with Alison Espindola (Events and Rentals Coordinator, Idaho State Museum) about his book, his people, and his hope for the future. If you have questions for Parry regarding the Northwestern Band of the Shoshone Nation, the Bear River Massacre, the planned Boa Ogoi Cultural Interpretive Center, or his book, you can email them ahead of time to events@ishs.idaho.gov or submit them live during the event.

Purchase an unsigned copy of Parry’s book at the Idaho State Museum M Store or online here: https://store.history.idaho.gov/GiftShop.aspx?C=8. Shipping and contactless pick-up available. Books signed by Parry will be available for purchase after 01/11/21. To reserve a signed copy of The Bear River Massacre: A Shoshone History, please contact the Museum Store Manager at 208.780.5185 or kelly.horsley@ishs.idaho.gov.

Register early for this free 1-hour virtual event; space is limited to the first 100 registrants. Reserve your spot at https://zoom.us/webinar/register/3616070271122/WN_YSBfDVCATIywgDZKaMsBBA 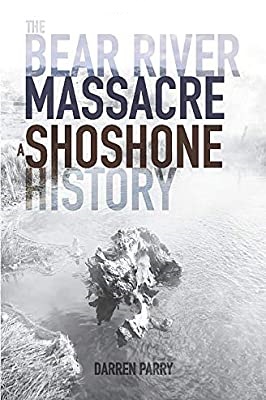