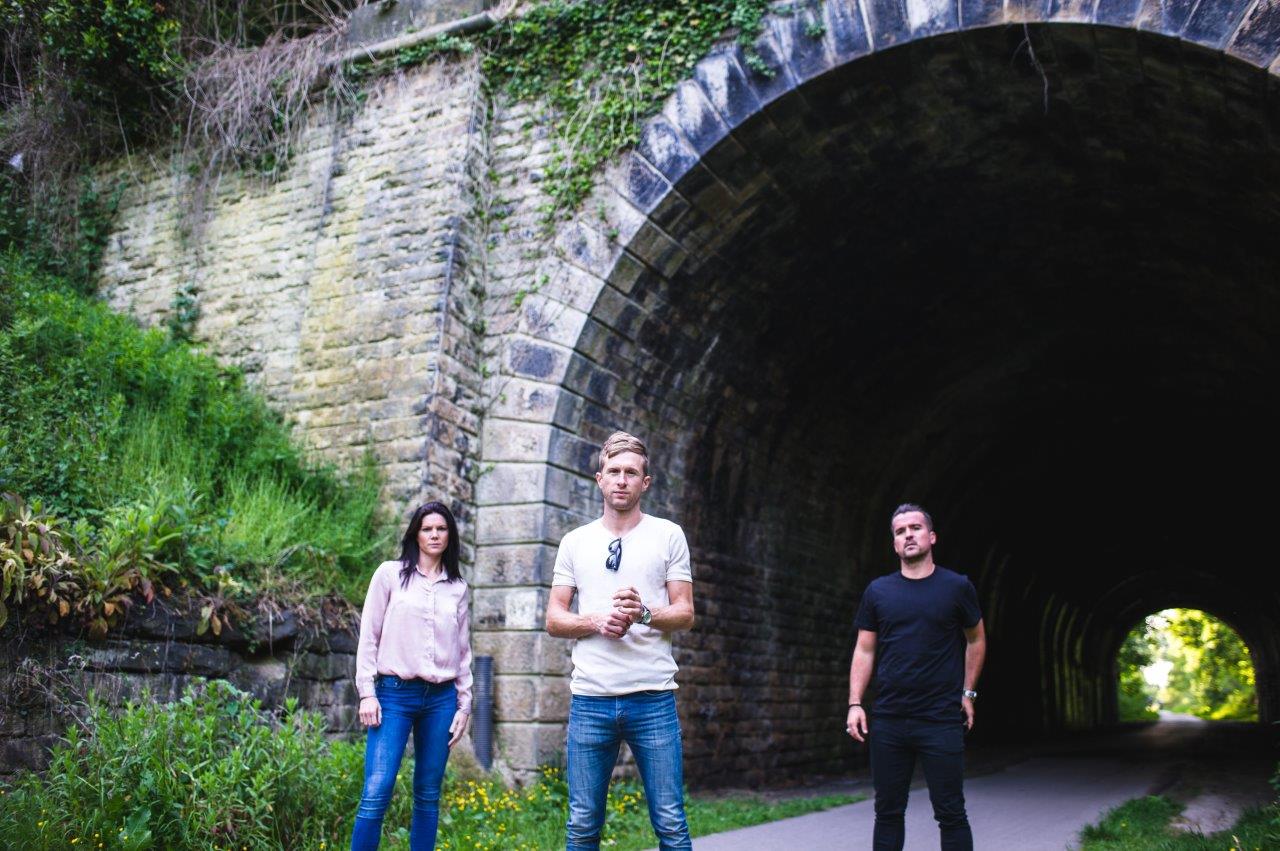 When a broken foot ended lead singer Danny Bemrose’s professional football career as a striker for Huddersfield Town A.F.C., he earnestly decided to learn how to play his father’s guitar. After his injury, Bemrose struck up a close friendship with another former footballer, Stuart Nichols, who had played for rival Bradford City A.F.C.. Bemrose taught Nichols to play bass as they spent the next few years improving their skills and making computer recordings to develop their music. After adding pianist/keyboard player David "Nova" Nowakowski, the band began playing the local music scene, rounding out their performances with a variety of other guitarists and drummers that came and went over time.

When Bemrose wrote "Insecurity," which is featured on the Heart on Fire EP, the band began looking for a female singer that could complement his vocals. Soon thereafter, Nova was at home playing The Cure's "Friday I'm in Love" while his visiting schoolmate, Aimee Driver, was making a cup of tea and chimed in with the lyrics. "I just started singing along when Nova rushed in seeming really shocked," Driver recalls. "I thought his dad had a heart attack or something! He made me stand there in his living room and sing to him - which was the scariest thing ever at the time. At first I wouldn’t do it, but he wouldn't shut up so I just put my tea down, shut my eyes and sang...just to stop him pestering me. Danny recorded me on 'Insecurity'. The next thing I knew I was in the band. When I told my family and friends they were saying, ‘but you can't sing, can you?’" Before joining the band, Driver had never performed in public.

Stuart Nichols recruited drummer Chris Durling after meeting him in a pub and giving him a CD of the band’s music. After a late night out, Durling returned to his house and gave it a listen. He enjoyed the results and agreed to work with them on recordings. He ended up becoming the final member of the band a short time later.

The band had difficulties deciding on a name. They realised that a name was critical after a chance meeting with one of their musical influences, Noel Gallagher of Oasis. A friend introduced Nichols and Bemrose to Gallagher who asked the band’s name, but they did not have one. "A band with no name?" Gallagher reportedly asked, "What kind of fucking band is that?" and walked off on them.

The name Scars on 45 comes from an Emmylou Harris interview Bemrose heard in which she talks about scratching up her dad’s records and being scolded by him for getting "Scars on his 45’s,"[9] and is also a play on a Dutch medley act from the 1980s whose group name and records alternately used versions of the phrase "Stars on 45". 'Scars on 45' was one of the few names considered that band members did not dismiss out of hand.