At the turn of the century, electric cars were just as common as steam and gas powered.  It was unknown at the time which technology would win out, but the invention of the electric starter put the gasoline powered car above the others.  The Baker Motor Vehicle Company operated out of Cleveland Ohio and was one of the largest electric car makers in the world.  They produced vehicles from 1902 until 1915. This Baker was used from when it was originally purchased until 1932 when the batteries needed to be replaced.  At that time, the cost to replace the batteries was $1,200 which was a lot of money in those days!  So, the car sat for quite some time and even survived a collapsed roof during the 1938 Great New England Hurricane until it was restored in 1956.  Since then, the car has only been used in parades, car shows, and giving interested car enthusiasts (as well as many kids) rides.  The car is powered by eight six-volt batteries and back in the early days required a Mercury Arc Rectifier to charge them.  The rectifier was huge and the mercury used gave off a blue glow when energized.  The car has a range of 20-30 miles of continuous use and up to 50 miles of stop and go.  The maximum speed is 22 miles per hour and the cost to purchase in 1914 was $2,250.  Jon and Didi are happy to share this with you and wish everyone a Happy Father's Day!

View additional photos by clicking the dots under the image (if applicable)! 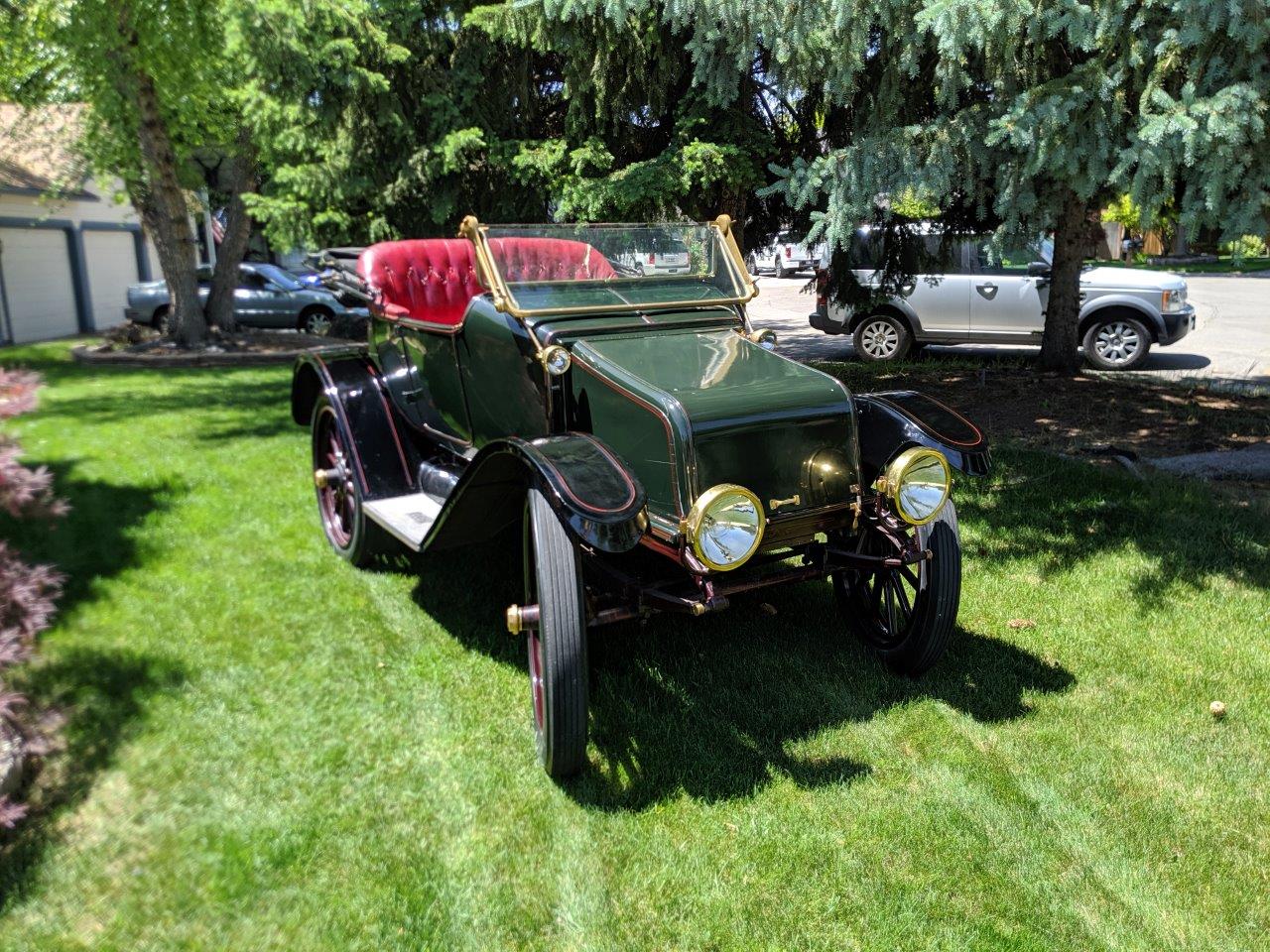